Mattie’s grandparents were both Deaf. Her grandfather was born deaf and used sign language loosely as a child.  Mattie’s grandmother was born hearing, and was well on her way to acquiring spoken language until age three when she acquired scarlet fever which caused profound hearing loss.

Mattie’s grandparents met at a Deaf school and later married. They went to live on the family farm and her grandfather worked various jobs with his father; general store, sawmill, farming and odd jobs that became available.

Their first child, a son, was hearing and was sent to live with an aunt and uncle to learn to speak as well as sign.  The second child, Mattie’s mother, arrived 7 years later and was bilingual in English and American Sign Language.

As a young girl, Mattie’s grandfather came to visit her and spent time in the home. She recalls a precious time when her grandfather sat on the swing on the front porch, clutching his Bible next to his heart. She could see that he loved “that Book.”

Mattie often heard stories of Deaf children who were treated poorly as if they had a defect, a curse, or were just forgotten.

As you would expect, these experiences were formative for Mattie. She has developed a heart for the Deaf who’ve been neglected and she desires to reach them for Christ.  The Deaf have become her focus for generous giving.

For almost 20 years, Mattie has been praying for and investing in DOOR and she offers this testimony as an inspiration to you.

Would you join her in this effort to reach the Deaf? 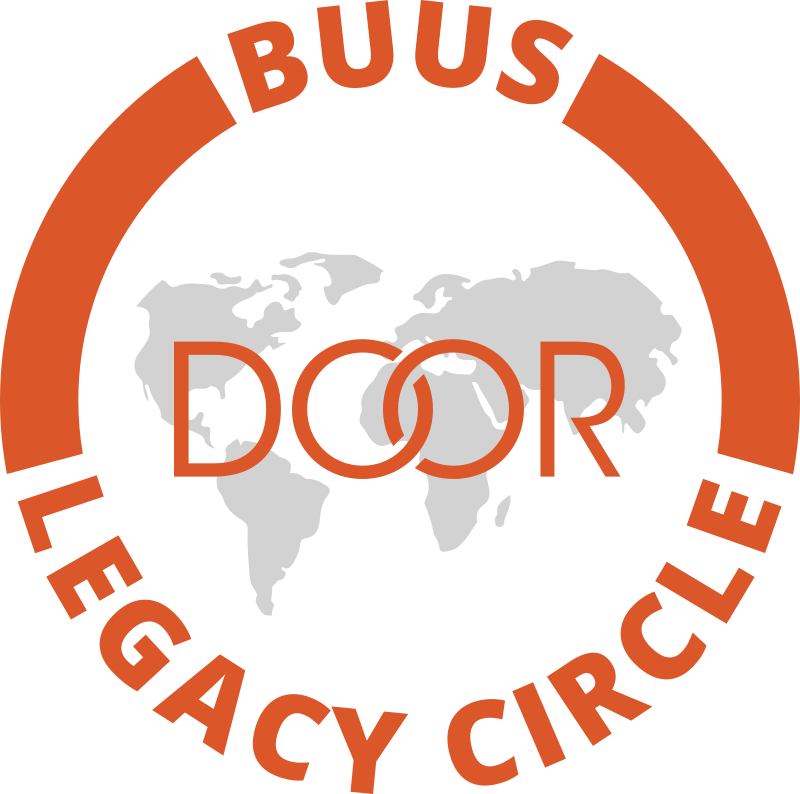 In addition to lacking resources, trained leaders felt they didn’t have ground support. In order to better provide support to leaders and churches DOOR established 2×2, you can learn more about that here.

The old “DOOR” was involved in many different Deaf ministries activities – church planting, training, producing videos, running camps, singing tour.  A small group would move to a city, survey the Deaf community, begin reaching out and establish a Deaf ministry. After about a year they would leave one staff person and move on to another city in the US.

As DOOR started to get more and more requests both in the US as well as overseas, they merged with United World Mission (UWM) to help them learn how to reproduce themselves, get more focused and stable financially.

To be more effective at reaching the International Deaf Population DOOR worked with Dr. Lovejoy to learn about the method he developed, Chronological Bible Storying.

By going out on the streets of Nairobi, mainly in the evenings and at night time,  a ministry to the Deaf started with just a hand-full of Deaf who became believers and wanted to learn more about the Bible.

The Asia Was established to reach the Deaf Population with it’s home base being in the Philippines.

There were 18 fellowships meeting throughout all of Kenya that started with DOOR. They wanted to organize together to better support each other and so they met and established their own Fellowship!

The DOOR Americas team moved to Costa Rica. After 9-11 the Deaf people from outside the U.S. that were supposed to come to Puerto Rico couldn’t get visas so the office needed to move.

The goal for leaders trained in each country to reach the Deaf in their country hit a snag. There weren’t materials for the Deaf Leaders to use to reproduce. The need for Bible Translations into sign languages became clear. After getting some basic training from Wycliffe each center became a center for Bible Translation and Church Planting

Stuart Thiessen and Philippe Gallant started a Church called Signs of Grace Church that was a multi site church all Deaf Organization. They started providing resources and DOOR Partnered with them for the ASL Translation. This organization became Deaf Harbor.

After much hard work the Kenyan Translation Team and the Sign Language Bible Consultants finished the first 32 stories into Kenyan Sign Language.

It wasn’t feasible to establish a full translation studio in each continent so the decision was made to focus on Kenya campus so the technology could be state of the art. Translation teams now could collaborate and integrate.

The original Strategic Framework Document was created to help DOOR determine its direction and goals and has influenced the organization to this day.