In many ways, Amit’s story is a typical Deaf testimony. He, like 90% of Deaf children, was born to hearing parents. He, like most Deaf leaders at DOOR, experienced discrimination because of his deafness.

However, Amit’s family experience was unlike that of many other Deaf children. His parents learned sign language so they could communicate with Amit. And, his entire family followed Christ – a commitment that often leads to severe persecution in the area of South Asia where Amit grew up.

As a young man, Amit was influenced by the faith of his parents and decided to attend church with them. It was a “hearing” church, and Amit’s parents interpreted the service for Amit so he could understand what was going on.

As he was signing with his family, the pastor took note and approached the family following the service. The pastor’s question to the parents, which the parents later passed on to Amit, was, ‘Why are you using monkey language with your son?’

It may seem like an odd question, but many people may label sign language as ‘monkey language’ because they associate it with some of the communication aspects that are being taught to gorillas and chimpanzees. However, as explained here, they are not the same thing.

Following the pastor’s comment, Amit wanted nothing to do with Christianity. Thankfully, the Lord intervened. 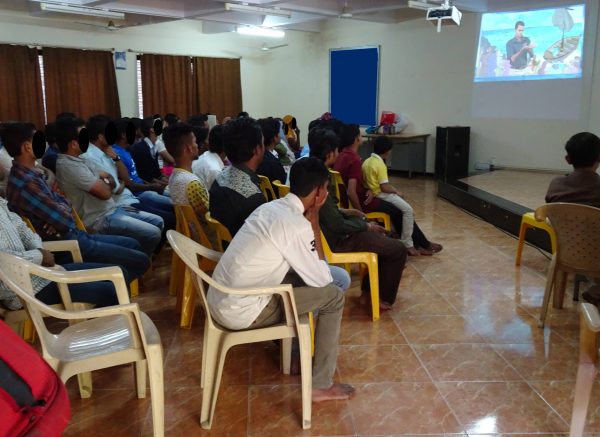 Years after this experience, the Lord led Amit’s path to cross with that of a DOOR staff member working in South Asia. Recognizing Amit’s natural leadership abilities, the staff member invited him to a training session.

When Amit saw God’s Word in his heart sign language, the Truth began to sink in. Through the clarity of DOOR’s Chronological Bible Translation (CBT) and conversations with other Deaf believers, Amit finally began to understand the Gospel.

As a result, Amit accepted Christ as his Savior. Today, Amit shepherds a Deaf believers’ fellowship in South Asia.

Will you pray for our Deaf translators?