Several years ago, DOOR Africa staff pointed Esther’s mother to a Deaf school, because Esther was in the same place as little Njoroge. Today, Esther is thriving, excelling in school and active in the Deaf church. 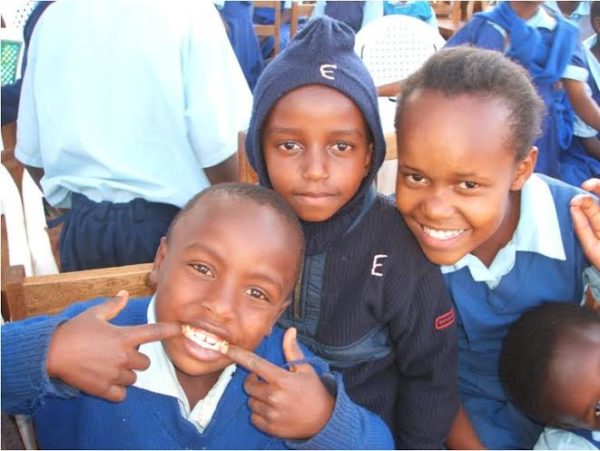 In 2007, a little Deaf girl named Esther and her mother crossed paths with a DOOR Africa staff member. He encouraged Esther’s mother to enroll her daughter in a Deaf school. Esther didn’t know sign language and had no way to communicate. Whenever someone tried to talk to her, the little girl would begin to cry.

Esther’s mother was reluctant. She had many questions and not enough answers.

The Deaf school was so far away, who would feed and care for little Esther? How would Esther interact with the other children? Finally, Esther’s mother agreed to let her attend the Deaf school, but it was too little, too late. There was no room at the school for new students. 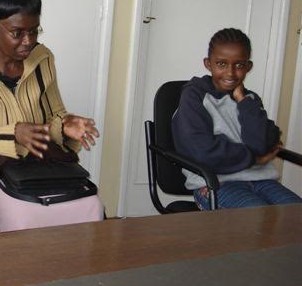 After many attempts by DOOR Africa staff and by the grace of God, an opening at the school came up in 2010. Esther was enrolled and the rest, as they say, is history.

“Today, Esther is a completely changed girl, bold, sharp and fluent,” reports a DOOR Africa staff member. Her father adds, “I am amazed to see how much Esther can communicate. I thought she knew too little.

“Esther lost so much when she was attending a hearing school, there was so much confusion. Since joining the Deaf school, she has recovered most of the knowledge she had lost.”

She sent a greeting recently via video after returning from a music festival. Esther had gone to represent her school at the festival, and returned home with first-place honors. Clearly, the Lord is helping Esther blossom into the young woman He created her to be.

With your help, DOOR-Africa staff can reach more Deaf students like Esther and Njoroge. Click here to become a financial partner.

From Fear to Faith