Young people in Ethiopia – Deaf and hearing alike – often move to big cities to find work. They usually find more than they bargained for, though. Strong peer pressure causes many Deaf to stumble into drug and alcohol addictions.

Nur, one of DOOR International’s Ethiopian Deaf 2-by-2 leaders, shares his story below.

Testimonies of people like Tegesen give us the courage and patience to continue serving among the Deaf. 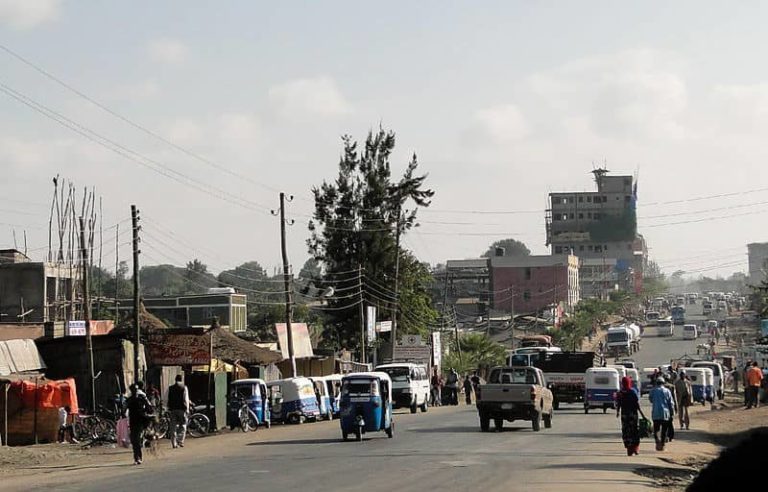 Tegesen had just finished grade 10 and was ready to begin his first job.  He came to Shashemene because there are many Deaf and opportunities for work.   After being here for several weeks, he met with other Deaf people who introduced him to alcohol and drugs.

Tegesen was torn.  He felt ashamed by his actions, but he did not want to disappoint the only Deaf people he knew in Shashemene.

When I (Nur) met Tegesen, I shared the good news of salvation with him and gave him signed Bible portions on an SD card.  We talked further, and I invited him to a Chronological Bible Study class.  Two days later, Tegesen texted me and asked if I would meet with him. I knew it was urgent and agreed to meet with him that afternoon.

When I arrived, Tegesen asked me how to escape God’s punishment. Using his phone to play the SD card I gave him, he watched the Bible passage about God’s judgement on Sodom and Gomorrah.   Tegesen knew God wanted him to escape His wrath.  I led him to repentance and prayed for him.

I am so happy to see how God is using the Bible in Ethiopian Sign Language to change the hearts of Deaf people and bring them to His saving grace!

Tegesen has been attending our Bible classes and showing a lot of desire to grow in his relationship with Jesus Christ. He recently signed the following to me:

I am so happy to be part of God’s family!  I would not be a believer if God’s Word were not available to me in a language I understand.  God used the Bible in Ethiopian Sign Language to change my heart from destruction to hope, life, and peace in him.  I am truly thankful for access to God’s Word in my heart language.

From Fear to Faith